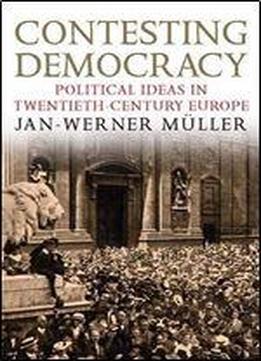 This book is the first major account of political thought in twentieth-century Europe, both West and East, to appear since the end of the Cold War. Skillfully blending intellectual, political, and cultural history, Jan-Werner Mller elucidates the ideas that shaped the period of ideological extremes before 1945 and the liberalization of West European politics after the Second World War. He also offers vivid portraits of famous as well as unjustly forgotten political thinkers and the movements and institutions they inspired. Mller pays particular attention to ideas advanced to justify fascism and how they relate to the special kind of liberal democracy that was created in postwar Western Europe. He also explains the impact of the 1960s and neoliberalism, ending with a critical assessment of todays self-consciously post-ideological age.