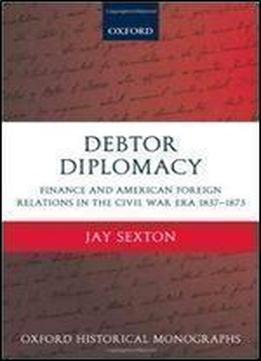 The United States was a debtor nation in the mid-nineteenth century, with half of its national debt held overseas. Lacking the resources to develop the nation and to fund the wars necessary to expand and then preserve it, the United States looked across the Atlantic for investment capital. The need to obtain foreign capital greatly influenced American foreign policy, principally relations with Britain. The intersection of finance and diplomacy was particularly evident during the Civil War when both the North and South integrated attempts to procure loans from European banks into their larger international strategies.