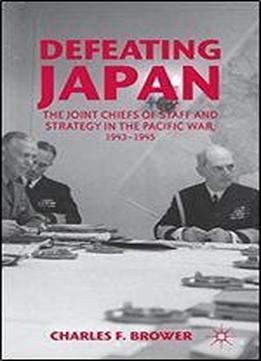 This book argues that American strategists in the Joint Chiefs of Staff were keenly aware of the inseparability of political and military aspects of strategy in the fight against Japan in World War II. They understood that war not only has political sources, it also has political purposes that establish the war's objectives and help to define the nature of the peace to follow. They understood that policy was the "guiding intelligence" for war, in Clausewitzian terms, and that to attempt to approach strategic problems was nonsensical.