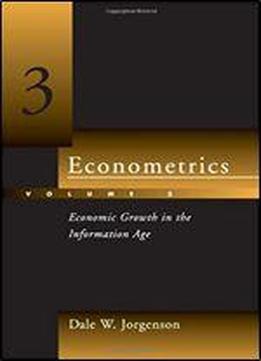 The relentless decline in the prices of information technology (IT) has steadily enhanced the role of IT investment as a source of economic growth in the United States. Productivity growth in IT-producing industries has gradually risen in importance, and a productivity revival has taken place in the rest of the economy. In this book Dale Jorgenson shows that IT provides the foundation for the resurgence of American economic growth.Information technology rests in turn on the development and deployment of semiconductors transistors, storage devices, and microprocessors. The semiconductor and IT industries are global in scope, with an elaborate international division of labor. This poses important questions about the American growth resurgence. For example, where is the evidence of the "new economy" in other leading industrialized nations? To address this question, Jorgenson compares the recent growth performance in the G7 countries Canada, France, Germany, Italy, Japan, the United Kingdom, and the United States. Several important participants in the IT industries, such as South Korea, Malaysia, Singapore, and Taiwan, are newly industrializing economies. What does this portend for the future economic growth of developing countries? Jorgenson analyzes past and future growth trends in China and Taiwan to arrive at a fuller understanding of economic growth in the information age.