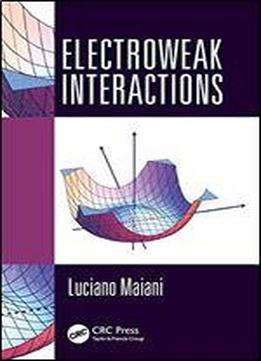 Get First-Hand Insight from a Contributor to the Standard Model of Particle Physics Written by an award-winning former director-general of CERN and one of the world's leading experts on particle physics, Electroweak Interactionsexplores the concepts that led to unification of the weak and electromagnetic interactions. It provides the fundamental elements of the theory of compact Lie groups and their representations, enabling a basic understanding of the role of flavor symmetry in particle physics. Understand Conceptual Elements of the Theory of Elementary Particles The book begins with the identification of the weak hadronic current with the isotopic spin current, Yang-Mills theory, and the first electroweak theory of Glashow. It discusses spontaneous breaking of a global symmetry and a local symmetry, covering the Goldstone theorem, Brout-Englert-Higgs mechanism, and the theory of Weinberg and Salam. The author then describes the theory of quarks, quark mixing, the Cabibbo angle, the Glashow-Iliopoulos-Maiani (GIM) mechanism, the theory of Kobayashi and Maskawa, six quark flavors, and CP violation. Delve into Experimental Tests and Unresolved Problems The author goes on to explore some phenomenological topics, such as neutral current interactions of neutrinos and CP violation in the neutral K-meson system. He also highlights how flavor-changing neutral current processes have emerged as probes to reveal the presence of new phenomena at energies not yet accessible with particle accelerators. The book concludes with an explanation of the expected properties of the Higgs boson and the methods adopted for its search. The predictions are also compared with relevant experimental results. View the author's first book in this collection: Relativistic Quantum Mechanics: An Introduction to Relativistic Quantum Fields.