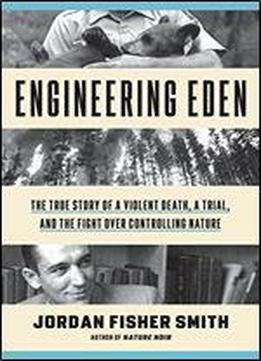 Engineering Eden: The True Story Of A Violent Death, A Trial, And The Fight Over Controlling Nature
by Jordan Fisher Smith / 2016 / English / EPUB

Their testimony would help decide whether the government owed the Walker family restitution for Harry's death, but it would also illuminate decades of patchwork efforts to preserve an idea of nature that had never existed in the first place. In this remarkable excavation of American environmental history, nature writer and former park ranger Jordan Fisher Smith uses Harry Walker's story to tell the larger narrative of the futile, sometimes fatal, attempts to remake wilderness in the name of preserving it. Tracing a course from the founding of the national parks through the tangled twentieth-century growth of the conservationist movement, Smith gives the lie to the portrayal of national parks as Edenic wonderlands unspoiled until the arrival of Europeans, and shows how virtually every attempt to manage nature in the parks has only created cascading effects that require even more management.