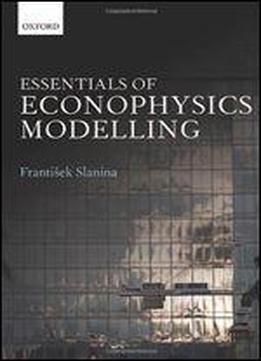 This book is a course in methods and models rooted in physics and used in modelling economic and social phenomena. It covers the discipline of econophysics, which creates an interface between physics and economics. Besides the main theme, it touches on the theory of complex networks and simulations of social phenomena in general. After a brief historical introduction, the book starts with a list of basic empirical data and proceeds to thorough investigation of mathematical and computer models. Many of the models are based on hypotheses of the behaviour of simplified agents. These comprise strategic thinking, imitation, herding, and the gem of econophysics, the so-called minority game. At the same time, many other models view the economic processes as interactions of inanimate particles. Here, the methods of physics are especially useful. Examples of systems modelled in such a way include books of stock-market orders, and redistribution of wealth among individuals. Network effects are investigated in the interaction of economic agents. The book also describes how to model phenomena like cooperation and emergence of consensus. The book will be of benefit to graduate students and researchers in both Physics and Economics.