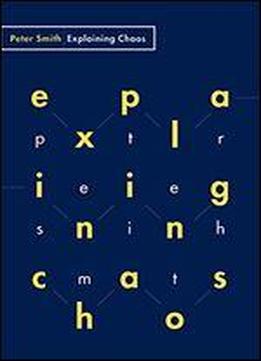 Chaotic dynamics has been hailed as the third great scientific revolution in physics in this century, comparable to relativity and quantum mechanics. In this book, Peter Smith takes a cool, critical look at such claims. He cuts through the hype and rhetoric by explaining some of the basic mathematical ideas in a clear and accessible way, and by carefully discussing the methodological issues that arise. In particular, he explores the new kinds of explanation of empirical phenomena that modern dynamics can deliver. Explaining Chaos will be compulsory reading for philosophers of science and for anyone who has wondered about the conceptual foundations of chaos theory.