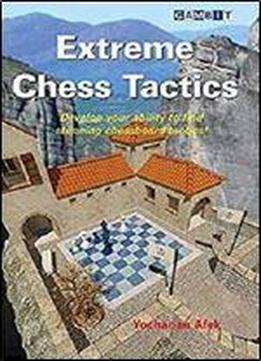 Tactical ability requires knowledge and skills: knowledge of patterns and tactical methods, and the skill to recognize them, combine them, and calculate accurately. This book features both composed studies and real-game positions. Composed positions distil tactics into their purest form: nothing irrelevant is present on the board. We can focus purely on the key ideas, which makes them an ideal learning tool. As one of the worlds greatest experts on chess composition, Yochanan Afek is the perfect man to select the best studies for this purpose. In over-the-board chess (in which Afek is also highly accomplished), the tactical ideas tend to be less complex, but they may prove harder to identify – unless they are already familiar to you. Afek provides a case in point in his introduction, where the stunning final move of the 2016 world championship could not possibly have been missed by those familiar with a previous game. All the real-game positions in this book are taken from games by world champions (male or female). Following the structure of John Nunns best-selling Learn Chess Tactics, in each chapter a theme is introduced and a number of examples are explained. Then the reader immediately gets to use this knowledge in a series of carefully selected exercises.