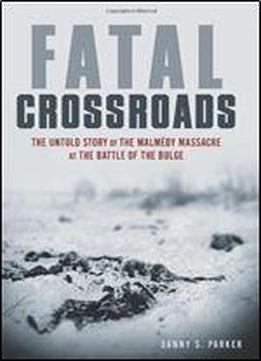 Fatal Crossroads: The Untold Story Of The Malmdy Massacre At The Battle Of The Bulge
by Danny S. Parker / 2012 / English / EPUB

On December 17, 1944, during the Battle of the Bulge, more than eighty unarmed United States soldiers were shot down after having surrendered to an SS unit near the small crossroads town of Malmedy, Belgium. Although more than thirty men lived to tell ofthe massacre, exactly what took place that day remains mired in controversy. The author spent fifteen years researching original sources and interviewing more than one hundred witnesses to uncover the truth behind the Malmedy massacre, and the result is riveting.