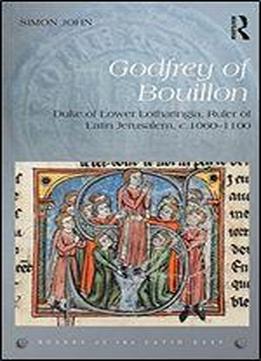 This book investigates the life and posthumous cultural reputation of Godfrey of Bouillon (d.1100). Godfrey is a hugely significant figure in whom a number of crucial themes in medieval history intersect. As duke of Lower Lotharingia, he occupied a position of considerable political importance in the German Empire in the latter part of the eleventh century, the age of the 'Investiture Controversy'. He was a leader of the First Crusade, a seminal event in medieval history. At the conclusion of the expedition in July 1099, he was appointed as the first ruler of the kingdom of Jerusalem, the principal Latin state established by the crusaders in the Holy Land. After his death, cultural traditions regarding his life and character circulated widely throughout Latin Christendom, and within a few generations he had come to be revered alongside figures like Charlemagne and Arthur as a heroic Christian warrior. The book is divided into two distinct yet complementary parts. Part One is a cultural biography of Godfrey, written using only contemporary sources. This is the first full-length biographical study of Godfrey to be written in English in almost 70 years. Part Two is an original contribution to modern scholarship, investigating the development of Godfrey's reputation in the twelfth and thirteenth centuries. It explores how Godfrey was portrayed after his death in a wide range of sources, including Latin and vernacular chronicles (both prose and verse), chansons de geste, charters, hagiographies, letters, pilgrim texts, legal treatises and genealogies.