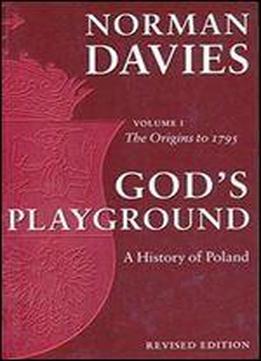 The most comprehensive survey of Polish history available in English, God's Playground demonstrates Poland's importance in European history from medieval times to the present. Abandoning the traditional nationalist approach to Polish history, Norman Davies instead stresses the country's rich multinational heritage and places the development of the Jewish German, Ukrainian, and Lithuanian communities firmly within the Polish context.Davies emphasizes the cultural history of Poland through a presentation of extensive poetical, literary, and documentary texts in English translation. In each volume, chronological chapters of political narrative are interspersed with essays on religious, social, economic, constitutional, philosophical, and diplomatic themes. This new edition has been revised and fully updated with two new chapters to bring the story to the end of the twentieth century.