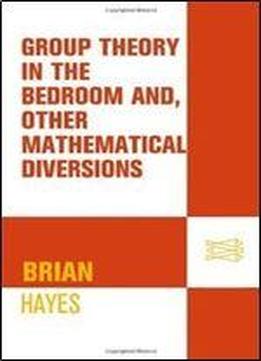 Group Theory In The Bedroom, And Other Mathematical Diversions
by Brian Hayes / 2013 / English / PDF

Brian Hayes is one of the most accomplished essayists active todaya claim supported not only by his prolific and continuing high-quality output but also by such honors as the National Magazine Award for his commemorative Y2K essay titled "Clock of Ages," published in the November/December 1999 issue of The Sciences magazine. (The also-rans that year included Tom Wolfe, Verlyn Klinkenborg, and Oliver Sacks.) Hayes's work in this genre has also appeared in such anthologies as The Best American Magazine Writing, The Best American Science and Nature Writing, and The Norton Reader. Here he offers us a selection of his most memorable and accessible piecesincluding "Clock of Ages"embellishing them with an overall, scene-setting preface, reconfigured illustrations, and a refreshingly self-critical "Afterthoughts" section appended to each essay.