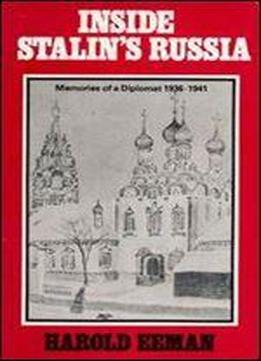 In 1941 Stalin was compelled, under Hitler’s pressure, to expel from Moscow the diplomatic missions of all the countries then occupied by the German Army, amongst them the Belgian Legation to which the author had been appointed Counsellor in 1938. During the dynamic years leading up to the Ribbentrop/Molotov pact of non-aggression between Germany and the Soviet Union until his sudden dismissal, Harold Eeman was a keen observer of the enigmatic character of the Russian people, their capital and their countryside, and his witty observations form the substance of this book. He was deported and found himself on the TransSiberian train bound for Vladivostock and ultimately the United States - the only way out for Allied diplomats at that time.