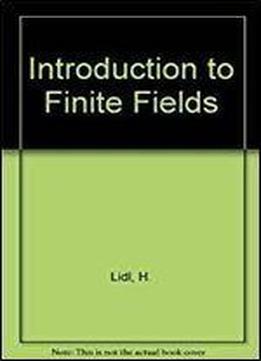 The first part of this book presents an introduction to the theory of finite fields, with emphasis on those aspects that are relevant for applications. The second part is devoted to a discussion of the most important applications of finite fields especially information theory, algebraic coding theory and cryptology (including some very recent material that has never before appeared in book form). There is also a chapter on applications within mathematics, such as finite geometries. combinatorics. and pseudorandom sequences. Worked-out examples and list of exercises found throughout the book make it useful as a textbook.