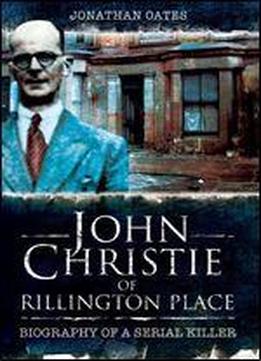 Sixty years ago, the discovery of bodies at 10 Rillington Place in Notting Hill, London, led to one of the most sensational, shocking and controversial serial murder cases in British criminal history the case of John Christie. Much has been written about the Christie killings and the fate of Timothy Evans who was executed for murders Christie later confessed to the story still provokes strong feeling and speculation. However, most the books on the case have been compiled without the benefit of all the sources that are open to researchers, and they tend to focus on Evans in an attempt to clear him of guilt. In addition, many simply repeat what has been said before. Therefore, a painstaking, scholarly reassessment of the evidence - and of Christies life - is overdue, and that is what Jonathan Oates provides in this gripping biography of a serial killer.