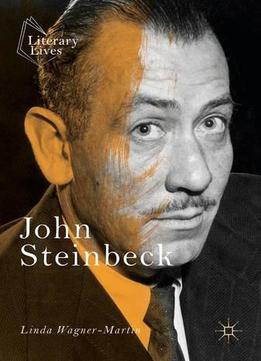 This book aims to both describe and analyze the way Steinbeck learned the writing craft. It begins with his immersion in the short story, some years after he stopped attending Stanford University. Aside from a weak first novel, his professional writing career began with the publication in 1932 of The Pastures of Heaven, stories set in the Salinas Valley and dedicated to his parents. From that book he wrote truly commanding stories such as The Red Pony. Intermixed with Steinbeck’s journalism about California’s labor difficulties, his writing skill led to his 1930 masterpieces, Of Mice and Men, In Dubious Battle, and The Grapes of Wrath. The latter novel, winner of the Pulitzer Prize for Fiction in 1940, led eventually to his being awarded the Nobel Prize for Literature in 1962. He continued producing such wide-ranging works as The Pearl, East of Eden, The Winter of Our Discontent, and Travels with Charley up to just a few months before his death in 1968.