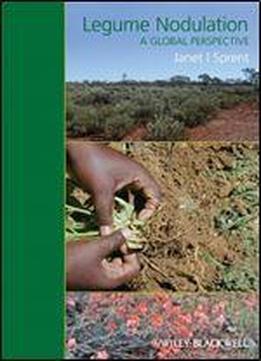 This important book provides a comprehensive review of our current knowledge of the world's leguminous plants and their symbiotic bacteria. Written by Professor Janet Sprent, a world authority in the area, Legume Nodulation contains comprehensive details of the following: An up to date review of legume taxonomy and a full list of the world's genera Details of how legumes are distributed throughout the world A review of the evolution of legume nodulation Comprehensive details of all microorganisms known to be symbiotic with legumes Ecological and environmental aspects of legume-bacteria symbiosis Legume Nodulation is an essential purchase for plant scientists, agronomists, ecologists and microbiologists. Libraries in all universities and research establishments where biological and agricultural sciences are studied and taught should have copies of this landmark publication.