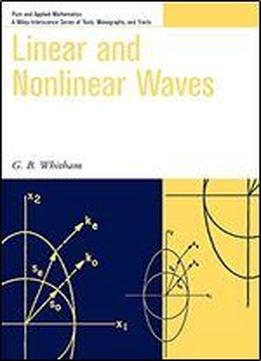 Now in an accessible paperback edition, this classic work is just as relevant as when it first appeared in 1974, due to the increased use of nonlinear waves. It covers the behavior of waves in two parts, with the first part addressing hyperbolic waves and the second addressing dispersive waves. The mathematical principles are presented along with examples of specific cases in communications and specific physical fields, including flood waves in rivers, waves in glaciers, traffic flow, sonic booms, blast waves, and ocean waves from storms.