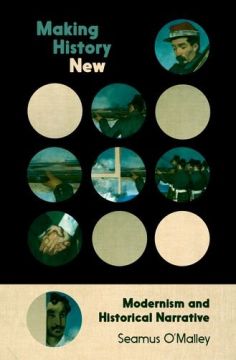 Guided by Ezra Pound's dictum –"Make it new"–a generation of writers set out to create fiction and poetry that was unlike anything that came before it. However, as Seamus O'Malley shows, historical narrative was a key site for modernist experimentation. Taking three of literary modernism's major figures–Joseph Conrad, Ford Madox Ford, and Rebecca West–Making History New demonstrates how the movement's literature not only engaged with history but also transformed traditional approaches to its telling in unique ways. Informed by Paul Ricoeur's belief that narrative is necessary to comprehend historical processes, the study closely examines four major modernist historical novels. Conrad's Nostromo interrogates the very term "history," as it relates the political tumult of a fictitious Latin American country; while Ford's The Good Soldier mirrors the cyclical nature of historiography with a protagonist who returns repeatedly to intense periods of his own past to better comprehend them. Two epochal World War I novels-The Return of the Soldier and Parade's End-depict shell-shocked veterans that illustrate the paradox of an accurate historical rendering achieved through the process of amnesia. These novels, in O'Malley's view, lead to the high point of what he terms "modernist historiography": Rebecca West's innovative 1941 travelogue Black Lamb and Grey Falcon and its preoccupation with "history's impossibility." The monograph concludes with a brief consideration of how historians since World War II have adopted some of the approaches to narrative inaugurated by literary modernists while wrestling with how to relate unthinkable atrocities such as genocide. Ultimately, Making History New foregrounds narrative's essential role as a bridge between fiction and history, as it explores the process by which collective human experience becomes historical narrative.