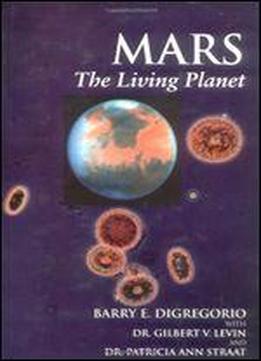 Claims of Martian life continue to spur scientific debate this partisan account summarizes the arguments to date. When several experiments conducted by the 1976 Viking Mars Landers returned positive results regarding signs of life, NASA scientists dismissed them as false positives. According to DiGregorio, this was based on nothing more than a refusal to accept the possibility of life beyond Earth. To bolster this argument, he surveys the history of the idea that life might exist on other planets, invoking such names as Giordano Bruno and Galileo. As our understanding of both biology and astronomy grew, the notion that life is not unique to Earth took hold in the minds of many scientists. The recent rise of the new science of exobiology opened doors to an understanding of how life might have arisen on any planet with the right conditions. Dr. Levin and Dr. Straat, who designed and built one of the Viking experiments, contribute two chapters summarizing the current status of this fascinating debate. The author's detailed research, as well as extensive interviews with Dr. Levin and others, highlights the intriguing evidence pointing to life on the Red Planet.