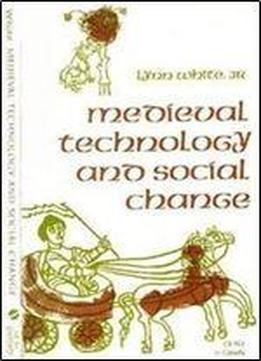 In Medieval Technology and Social Change, Lynn White considers the effects of technological innovation on the societies of medieval Europe: the slow collapse of feudalism with the development of machines and tools that introduced factories in place of cottage industries, and the development of the manorial system with the introduction of new kinds of plows and new methods of crop rotation. One invention of particular import, writes White, was the stirrup, which in turn introduced heavy, long-range cavalry to the medieval battlefield. The development thus escalated small-scale conflict to "shock combat." Cannons and flamethrowers followed, as did more peaceful inventions, such as watermills and reapers.