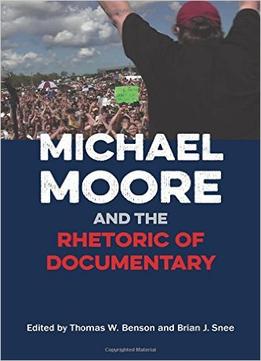 Not afraid to tackle provocative topics in American culture, from gun violence and labor policies to terrorism and health care, Michael Moore has earned both applause and invective in his career as a documentarian. In such polarizing films as Bowling for Columbine, Fahrenheit 9/11, and Sicko, Moore has established a unique voice of radical nostalgia for progressivism, and in doing so has become one of the most recognized documentary filmmakers of all time. In the first in-depth study of Moore’s feature-length documentary films, editors Thomas W. Benson and Brian J. Snee have gathered leading rhetoric scholars to examine the production, rhetorical appeals, and audience reception of these films. Contributors critique the films primarily as modes of public argument and political art. Each essay is devoted to one of Moore’s films and traces in detail how each film invites specific audience responses. Michael Moore and the Rhetoric of Documentary reveals not only the art, the argument, and the emotional appeals of Moore’s documentaries but also how these films have revolutionized the genre of documentary filmmaking.