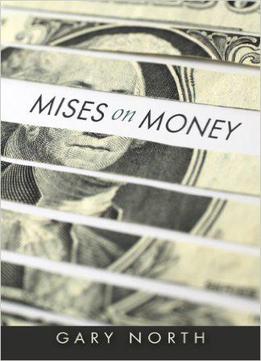 Before Austrian economics came on the scene, monetary theory was a hodge-podge of disjointed insights. Nobody knew how to integrate those insights into a system, much less how to integrate monetary theory with the rest of economics. Carl Menger, founder of the Austrian School of Economics, started to unravel the mystery of money in the late 19th century. Ludwig von Mises finally cut the Gordian knot with his first magnum opus, The Theory of Money and Credit (1912), the most important single advance in monetary theory in the history of economic thought. In that treatise, Mises erected a theory of money of astounding originality that was complete and internally integrated: as well as externally integrated with modern, subjectivist economics in general. With this book, Mises completed the victory of the "marginal revolution" by extending its conquest to the monetary realm. In doing so, Mises finally made economics whole. In his later treatise, Human Action, Mises developed his theory further, making it even more rigorous. While Mises' monetary writings should be required reading for any educated citizen, it can be challenging to parse some of the technical language. That is where Gary North comes in. In Mises on Money, Dr. North lucidly explains all the essential tenets of Mises' monetary theory, with his inimitable incisiveness and style. He methodically walks the reader through such topics as the origin of money, Mises' "regression theorem", fractional reserve banking, and the Austrian Business Cycle Theory. He explains why money is not "neutral," and why price stabilization is a chimera. After reading this short work, you will have a firm understanding of Austrian monetary theory, and will be in prime condition to tackle Mises' own writings on the subject.