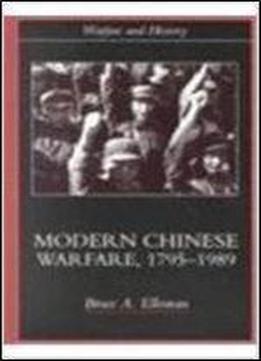 Why did the Chinese empire collapse and why did it take so long for a new government to reunite China? Modern Chinese Warfare, 1795-1989 seeks to answer these questions by exploring the most important domestic and international conflicts over the past two hundred years, from the last half of the Qing empire through to modern day China. It reveals how most of China's wars during this period were fought to preserve unity in China, and examines their distinctly cyclical pattern of imperial decline, domestic chaos and finally the creation of a new unifying dynasty.