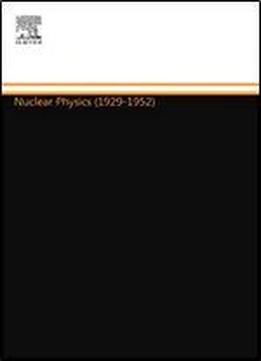 ``Nuclear Physics'' deals with Bohr's work on nuclear physics which began in the pre-1932 days with his thinking deeply, but inconclusively about the seeming contradictions then presented by the evidence about the nucleus. In 1936, Bohr recognised and described the insights provided by neutron scattering experiments the excitement of this new understanding and its extension and consolidation occupied much of the subsequent years. In 1939, he was again first in understanding the essential features of the newly discovered phenomenon of fission, applying successfully the point of view of nuclear reactions which he had developed over the past three years. Later, in 1949-50, he was impressed by the success of the nuclear shell model, which on the face of it seemed hard to reconcile with the picture of the closely interacting nucleons which he had pioneered in 1936. Bohr put much effort into clarifying this paradox.