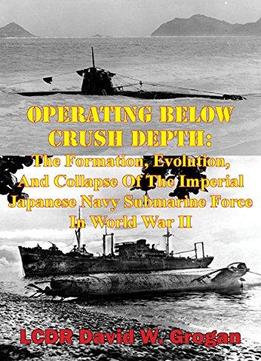 Prior to entering World War II, the Japanese Navy did a considerable planning and force development in preparation for a single “decisive battle” with the American fleet. The Japanese submarine force entered the war with highly trained crews operating some of the most capable submarines in the world. Even so, they accomplished little. This study will analyze the genesis and evolution of the technological basis of the Japanese submarine fleet before and during the war. Along with the technological evolution, it will also review the strategic and tactical evolution of the force. It will further analyze the employment of submarines as they apply to two major forms of naval warfare: guerre de course and guerre de main. While the entire study will use comparison with the American and German, the majority of the focus will be on the unique aspects of the Japanese employment of their submarines. These analyses will answer whether the Japanese submarine force would have been capable of influencing the results of major battles and the overall campaign in the Pacific Ocean. Could the Japanese submarine force have influenced the result of the war allowing it to end with a more favorable outcome for the Japanese?