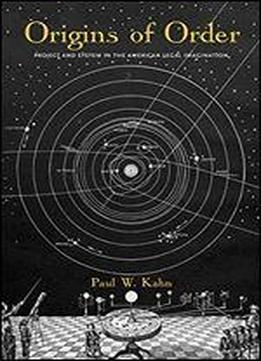 An examination of how two fundamental concepts of order influence our ideas about sovereignty, citizenship, law, and history Western accounts of natural and political order have deployed two basic ideas: project and system. In a project, order is produced by the intentional act of a subject in a system, order is immanent in the world. In the former, order is made in the latter, discovered. Paul W. Kahn shows how project and system have long been at work in our theological and philosophical tradition. Against this background, Kahn explains the development of the modern legal imagination in the nineteenth century as a movement from project to system. Americans began the century imagining the constitutional order as their common project: a deliberate construction of We the People. They ended the century imagining that order is continuous with the common law: an immanent development of the principles of civilization. This imaginative shift affected ideas of legal text, sovereignty, citizenship, interpretation, history, and science.