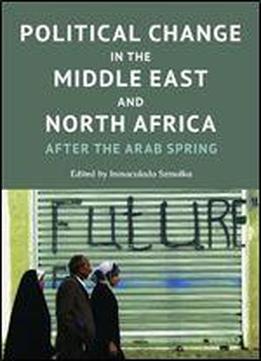 Political Change In The Middle East And North Africa: After The Arab Spring
by Inmaculada Szmolka / 2017 / English / PDF

Taking a comparative approach, this book considers the ways in which political regimes have changed since the Arab Spring. It addresses a series of questions about political change in the context of the revolutions, upheavals and protests that have taken place in North Africa and the Arab Middle East since December 2010, and looks at the various processes have been underway in the region: democratisation (Tunisia), failed democratic transitions (Egypt, Libya and Yemen), political liberalisation (Morocco), increased authoritarianism (Turkey, Bahrain, Kuwait) and fragmentation of state authority (Syria and Iraq). In other countries, in contrast to these changes, the authoritarian regimes remain intact (Saudi Arabia, Qatar, United Arab Emirates).