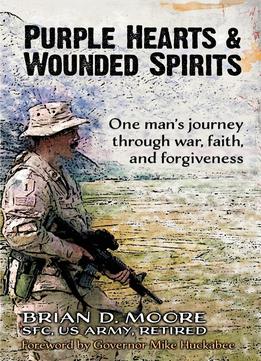 In the wake of the September 11th terrorist attacks on the United States, Christian educator Brian Moore found himself unable to quiet the horror and rage in his heart. When his unit of the Army National Guard deployed to Iraq about a year later he gladly took up his gun, prepared to seek justice for his country. Yet from his first step into a battle-zone in the Middle East it became clear that his expectations of Iraq, its people, and war in general would be challenged. From occupying one of Saddam Hussein's former palaces along the Tigris River to trekking through the Himalayan Mountains during a tour in Afghanistan, Moore details his war-time experiences with honesty, directness, and grit. His physical and spiritual strife while abroad changed his relationship with God and his fellow men, while reminding him what it means to be a witness for Christ - even to one's enemies. Brian's journey is inspiring and challenging - an exploration of overcoming the spiritual issues of war. A portion of sales from this book will go toward charitable organizations supporting veterans.