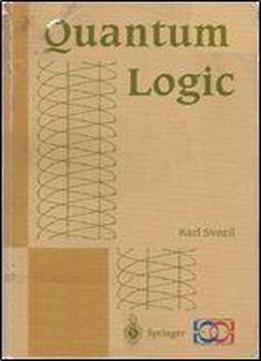 Quantum Logic deals with the foundations of quantum mechanics and, related to it, the behaviour of finite, discrete deterministic systems. The quantum logical approach is particulalry suitable for the investigation and exclusion of certain hidden parameter models of quantum mechanics. Conversely, it can be used to embed quantum universes into classical ones. It is also highly relevant for the characterization of finite automation. This book has been written with a broad readership in mind. Great care has been given to the motivation of the concepts and to the explicit and detailed discussions of examples.