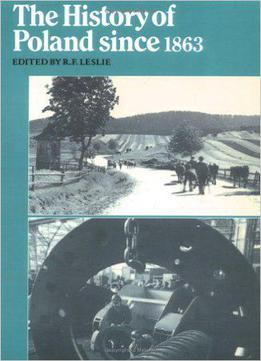 This is an account of the evolution of Poland from conditions of subjection to its reconstruction in 1918, development in the years between the two World Wars, and reorganisation after 1945. It begins at a time when Poland was still suffering from the legacy of the eighteenth-century Partitions and burdened with problems of sizeable ethnic minorities, inadequate agrarian reforms and sluggish industrial development sustained by foreign capital. It traces the history through to independence and then to the transformation of the country in the last thirty years. Although many of the problems of the past have now disappeared, industrialisation, the structure of peasant agriculture, and political association with the Soviet Union present the Polish People's Republic with difficulties that have yet to be resolved. Substantial achievements in an ethnically homogeneous state must be set against substantial discontents. This history provides the English-speaking reader with a scholarly synthesis based mainly on literature in Polish and other East European languages. It will be essential reading for historians of Eastern Europe and for those interested in modern Polish society.