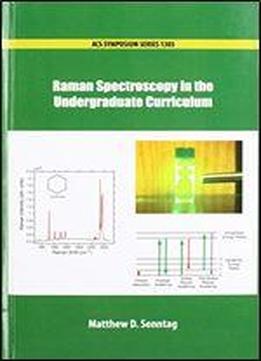 It has been nearly a century since Raman scattering was first experimentally observed. In current times, Raman spectroscopy has emerged as a versatile and powerful tool in a diverse set of scientific fields. Its implementation has grown markedly in the past 20 years due to technological advances and affordability of instrumentation. As such, more and more undergraduate institutions have acquired Raman instrumentation, and faculty from a variety of disciplines have begun to utilize the technique. This has resulted in an increased number of students gaining hands-on experience with Raman spectroscopy. As its use has grown, curricular pedagogies that utilize Raman spectroscopy to investigate interesting scientific problems have continually been developed, implemented, and publicized. Given the recent developments in the field and inspired by similar symposia on nuclear magnetic resonance and x-ray crystallography at recent ACS meetings, the editors developed a symposium titled "Engaging Undergraduates with Raman Spectroscopy." This symposium was held at the National ACS meeting held in Washington, D.C., in 2017. It generated strong interest, and the quality of presentation and breadth of knowledge displayed by the presenters was indicative of the continual pedagogical innovation of Raman spectroscopy in the undergraduate curriculum. The collection of chapters herein is based on the symposium, and several contributors to this book were its invited speakers. One of the main objectives of this volume is to convey the ideas discussed at the symposium to the broader scientific community. Our hope is that readers not only learn a great deal about the uses of Raman spectroscopy but also are stimulated to innovate new ways to incorporate Raman spectroscopy into the undergraduate curriculum.