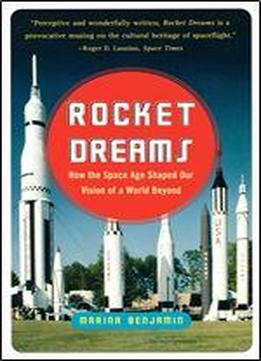 Rocket Dreams: How The Space Age Shaped Our Vision Of A World Beyond
by Marina Benjamin / 2003 / English / PDF

In Rocket Dreams, an extraordinarily talented young writer named Marina Benjamin will take you on a journey to those landing sites. A visit with retired astronauts at a celebrity autograph show is a starting point down the divergent paths taken by the pioneers, including Edgar Mitchell, founder of the "church" of Noetic Sciences. Roswell, New Mexico is a landing site of a different order, the "magnetic north" of UFO belief in the United States, a belief that began its most dramatic growth precisely at the time that the path of the space program began its descent.