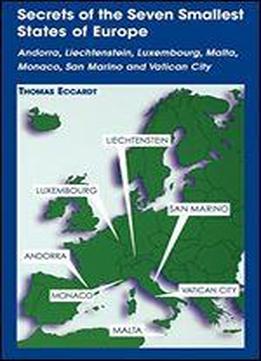 "This unique book examines the history, culture, and inner workings of the seven smallest independent countries in Europe. These are among the oldest states on the continent and, despite their diversity, they have much in common. Most have relatively high per capita incomes and life expectancies, and relatively low unemployment. This narrative presents the unique issues that confront small countries, including maintaining their independence, economic viability, preserving their native languages, and sustaining their governments. The second part of the book describes each microstate in turn, showing how each one has met these challenges and adapted over time. These concise and engaging chapters contain cultural information on subjects including the arts, gastronomy, and popular tourist sites." Provided by publisher.