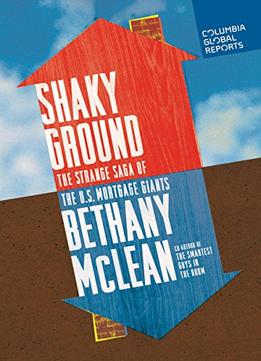 Fannie Mae and Freddie Mac were created by Congress to serve the American Dream of homeownership. By the end of the century, they had become extremely profitable and powerful companies, instrumental in putting millions of Americans in their homes. So why does the government now want them dead? In 2008, the U.S. Treasury put Fannie and Freddie into a life-support state known as "conservatorship" to prevent their failure–and worldwide economic chaos. The two companies, which were always controversial, have become a battleground. Today, Fannie and Freddie are profitable again but still in conservatorship. Their profits are being redirected toward reducing the federal deficit, which leaves them with no buffer should they suffer losses again. China and Japan are big owners of Fannie and Freddie securities, and they want to ensure the safety of their investments–which helps explain why the government is at an impasse about what to do. But the current state of limbo is unsustainable. Based on comprehensive reporting and dozens of interviews, Shaky Ground chronicles the story of Fannie and Freddie seven years after the meltdown, and tells us why homeownership finance is now one of the biggest unsolved issues in today's global economy.