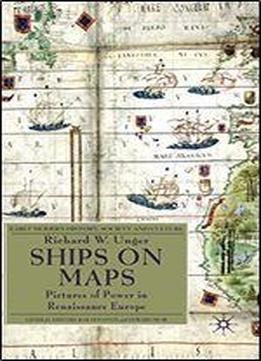 Ships on maps in the sixteenth century were signs of European conquest of the seas. Cartographers commemorated the new found dominion over the oceans by putting the most technically advanced ships of the day all over oceans, estuaries, rivers, and lakes on all kinds of maps. Ships virtually never appeared on maps before 1375. The dramatic change from medieval practice had roots in practical problems but also in exploration and new geographical knowledge. Map makers produced beautiful works of art and decorated them with the accomplishments which set Europeans apart from their classical past and from all the other peoples of the world. Ships on Maps investigates how, long admired but little understood, the many ships big and small that came to decorate maps in the age when sailors began to sail around the world were an integral part of the information summarizing a new age.