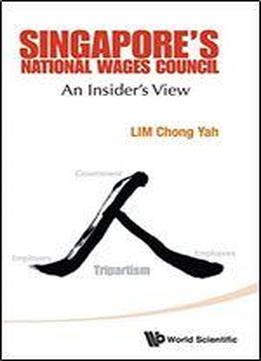 Written by Emeritus Professor LIM Chong-Yah, Founding Chairman of the tripartite National Wages Council (NWC), this unique volume offers readers an insider's view of the genesis and the evolution of the wage determination mechanism and system in Singapore under the aegis of the NWC. As a tripartite body dealing with wages, wage policies and wage-related matters and promoting Growth with Equity, the NWC played a critical role in transforming industrial relations in Singapore from the then confrontational approach to that of mutual understanding, esprit de corps and social co-partnership. Drawing from his 30-year experience as NWC Chairman (19722001), Singapore's eminent Economics Professor shares with readers the important process and problems of seeking equitable wage increases through tripartite consensus based on a yearly national wage guideline system. The book also chronicles the role of the NWC in crisis management in 1974, 1985 and 1998, and in Economic Restructuring, 19791981. The structure and operation of this unique Singapore institution and the interesting problems of securing unanimity of support from the three tripartite partners are revealed in the book. Some important NWC personalities and their concerns and unique contributions are interestingly covered, anecdotally.