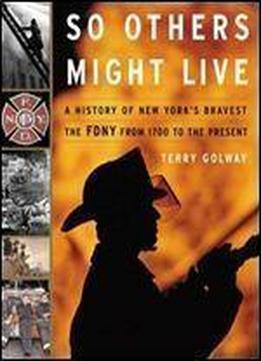 In the first history of the New York Fire Department FDNY in over sixty years, journalist Terry Golway weaves together stories of heroic firefighters and extraordinary fires to create a moving and original account of New York as seen through the eyes and actions of the city's firefighters. From the eighteenth century's most ambitious public-works project the building of aqueducts from upstate to help control fires to firefighter-turned-politician Boss Tweed's backroom politics, fire and firefighters have played an integral part in the life of New York. So Others Might Live also offers a new view of the building of modern urban America and the social turbulence of New York from the 1700s to the present day.