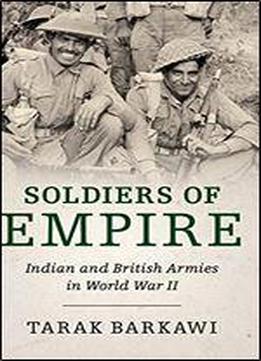 How are soldiers made? Why do they fight? Re-imagining the study of armed forces and society, Barkawi examines the imperial and multinational armies that fought in Asia in the Second World War, especially the British Indian army in the Burma campaign. Going beyond conventional narratives, Barkawi studies soldiers in transnational context, from recruitment and training to combat and memory. Drawing on history, sociology and anthropology, the book critiques the 'Western way of war' from a postcolonial perspective. Barkawi reconceives soldiers as cosmopolitan, their battles irreducible to the national histories that monopolise them. This book will appeal to those interested in the Second World War, armed forces and the British Empire, and students and scholars of military sociology and history, South Asian studies and international relations.