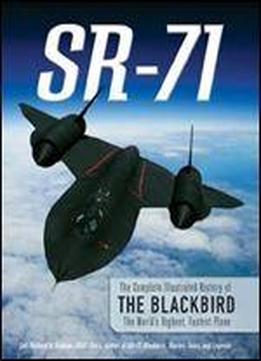 At the height of the Cold War in 1964, President Johnson announced a new aircraft dedicated to strategic reconnaissance. The Lockheed SR-71 Blackbird spy plane flew more than three-and-a-half times the speed of sound, so fast that no other aircraft could catch it. Above 80,000 feet, its pilots had to wear full-pressure flight suits similar to what was used aboard the space shuttle. Developed by the renowned Lockheed Skunk Works, the SR-71 was an awesome aircraft in every respect, and it took the world by storm. The SR-71 was in service with the U.S. Air Force from 1964 to 1998, when it was withdrawn from use, superseded by satellite technology. Twelve of the thirty-two aircraft were destroyed in accidents, but none were ever lost to enemy action. Throughout its thirty-four-year career, the SR-71 was the worlds fastest and highest-flying operational manned aircraft. It set world records for altitude and speed: an absolute altitude record of 85,069 feet on July 28, 1974, and an absolute speed record of 2,193.2 miles per hour on the same day. On September 1, 1974, it set a speed and time record over a recognized course between New York and London (3,508 miles) of 1,435.587 miles per hour and an elapsed time of 1 hour, 54 minutes, 56.4 seconds. SR-71 covers every aspect of the SR-71s development, manufacture, modification, and active service from the insiders perspective of one its pilots and is lavishly illustrated with more than 200 photos.