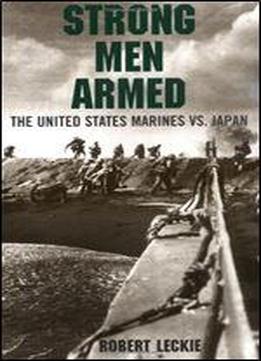 Strong Men Armed relates the U.S. Marines' unprecedented, relentless drive across the Pacific during World War II, from Guadalcanal to Okinawa, detailing their struggle to dislodge from heavily fortified islands an entrenched enemy who had vowed to fight to extinctionand did. (All but three of the Marines' victories required the complete annihilation of the Japanese defending force.) As scout and machine-gunner for the First Marine Division, the author fought in all its engagements till his wounding at Peleliu. Here he uses firsthand experience and impeccable research to re-create the nightmarish battles. The result is both an exciting chronicle and a moving tribute to the thousands of men who died in reeking jungles and on palm-studded beaches, thousands of miles from home and fifty years before their time, of whom Admiral Chester W. Nimitz once said, "Uncommon valor was a common virtue."Strong Men Armed includes over a dozen maps, a chronology of the war in the Pacific, the Marine Medal of Honor Winners in World War II, and Marine Corps aces in World War II.