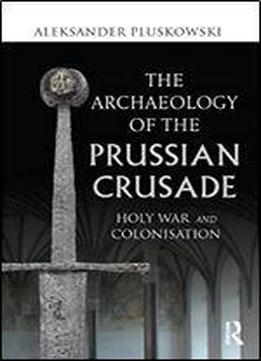 The Archaeology Of The Prussian Crusade: Holy War And Colonisation
by Aleksander Pluskowski / 2013 / English / PDF

The Archaeology of the Prussian Crusade explores the archaeology and material culture of the crusade against the Prussian tribes in the 13th century, and the subsequent society created by the Teutonic Order which lasted into the 16th century. It provides the first synthesis of the material culture of a unique crusading society created in the south-eastern Baltic region over the course of the 13th century. It encompasses the full range of archaeological data, from standing buildings through to artefacts and ecofacts, integrated with written and artistic sources. The work is sub-divided into broadly chronological themes, beginning with a historical outline, exploring the settlements, castles, towns and landscapes of the Teutonic Order’s theocratic state and concluding with the role of the reconstructed and ruined monuments of medieval Prussia in the modern world in the context of modern Polish culture. This is the first work on the archaeology of medieval Prussia in any language, and is intended as a comprehensive introduction to a period and area of growing interest. This book represents an important contribution to promoting International awareness of the cultural heritage of the Baltic region, which has been rapidly increasing over the last few decades.