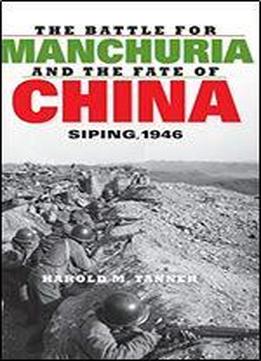 In the spring of 1946, Communists and Nationalist Chinese were battled for control of Manchuria and supremacy in the civil war. The Nationalist attack on Siping ended with a Communist withdrawal, but further pursuit was halted by a cease-fire brokered by the American general, George Marshall. Within three years, Mao Zedong's troops had captured Manchuria and would soon drive Chiang Kai-shek's forces off the mainland. Did Marshall, as Chiang later claimed, save the Communists and determine China's fate? Putting the battle into the context of the military and political struggles fought, Harold M. Tanner casts light on all sides of this historic confrontation and shows how the outcome has been, and continues to be, interpreted to suit the needs of competing visions of China's past and future.