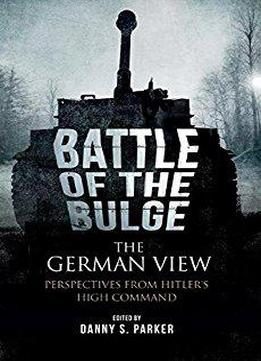 As Allied armies swept towards the Reich in late 1944, the German high command embarked on an ambitious plan to wrest the initiative on the Western Front and deal a crippling blow to the Allied war effort. This superb book brings together a wealth of primary source material - including German documentation and debriefs of German generals - to tell the story of this famous campaign from the German point of view. It examines preparations for the offensive, the progress of the operation and assessments of the Wehrmacht's performance from leading figures in German high command. It also includes a transcription of Hitler's key speech of 12 December 1944. Expertly edited by the acclaimed historian Danny S. Parker, this is an impressive volume which sheds fascinating light on one of the most crucial episodes of the Second World War.