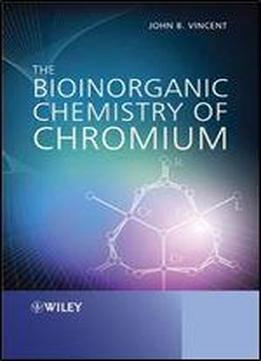 The Bioinorganic Chemistry Of Chromium
by John Vincent / 2012 / English / PDF

Chromium exists in nature as complexes of two stable oxidation states – trivalent chromium(III) and hexavalent chromium(VI). Although trivalent chromium is required in trace amounts for sugar and lipid metabolism in humans and its deficiency may cause a disease called chromium deficiency hexavalent chromium is toxic and carcinogenic. As chromium compounds were used in dyes and paints and the tanning of leather, these compounds are often found in soil and groundwater at abandoned industrial sites, now needing environmental cleanup and remediation. The Bioinorganic Chemistry of Chromium: From Biochemistry to Environmental Toxicology takes a critical look at what the biochemical data indicate about chromium's role in the body and the biological mechanisms of its toxicology. Topics covered include: What do we know about the biochemical roles and mechanisms of chromium? Is chromium an essential element in the mammalian diet? Is chromium(III) effective as a nutraceutical, a therapeutic agent, and as a supplement in animal feed? What is the biochemistry behind the toxicology of chromium(III) and chromium(VI):the mechanisms of metabolism, genetic and epigenetic effects, and disruption of cell signalling? What are the current chromium(VI) policies and positions from regulatory agencies? The Bioinorganic Chemistry of Chromium: From Biochemistry to Environmental Toxicology is an important contribution to the bioinorganic and trace element biochemical fields which will find a place on the bookshelves of bioinorganic chemists, biochemists, inorganic chemists, toxicologists, nutritionists and regulatory affairs professionals.