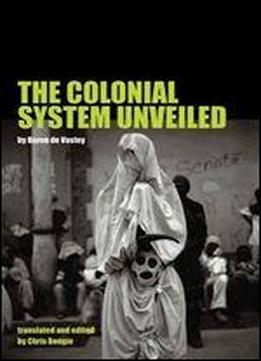 Long neglected in mainstream history books, the Haitian Revolution (1791-1804) is now being claimed across a range of academic disciplines as an event of world-historical importance. The former slaves' victory over their French masters and the creation of the independent nation of Haiti in 1804 is being newly heralded not only as a seminal moment in the transnational formation of the 'black Atlantic' but as the most far-reaching manifestation of 'Radical Enlightenment'. The best known Haitian writer to emerge in the years after the revolution is Baron de Vastey (1781-1820), who authored over ten books and pamphlets between 1814 and his murder in 1820. His first and most incendiary work, Le systme colonial dvoil (1814), provides a moving invocation of the horrors of slavery in pre-revolutionary Saint-Domingue. Its trailblazing critique of colonialism anticipates by over a hundred years the anticolonial politics (and poetics) of Csaire, Fanon, and Sartre. Translated here for the first time, Vastey's forceful unveiling of the colonial system will be compulsory reading for scholars across the humanities.