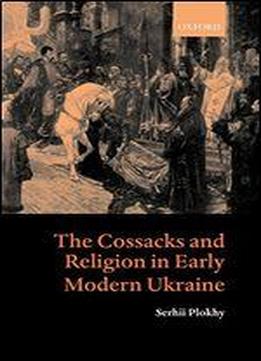 The Ukrainian Cossacks, often compared in historical literature to the pirates of the Mediterranean and the frontiersmen of the American West, constituted one of the largest Cossack hosts in the European steppe borderland. They became famous as ferocious warriors, their fighting skillsdeveloped in their religious wars against the Tartars, Turks, Poles, and Russians. By and large the Cossacks were Orthodox Christians, and quite early in their history they adopted a religious ideology in their struggle against those of other faiths. Their acceptance of the Muscovite protectorate in 1654 was also influenced by their religious ideas. In this pioneering study,Serhii Plokhy examines the confessionalization of religious life in the early modern period, and shows how Cossack involvment in the religious struggle between Eastern Orthodoxy and Roman Catholicisim helped shape not only Ukrainian but also Russian and Polish cultural identities.