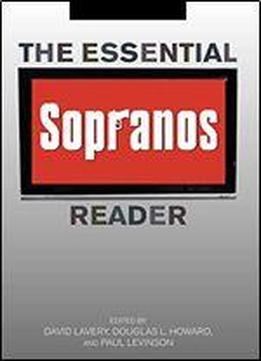 The Sopranos is recognized as the most successful cable series in the history of television. The Washington Post has called the popular series, winner of twenty-one Emmys and five Golden Globes, "the television landmark that leaves other landmarks in the dust." In every aspectnarrative structure, visual artistry, writing, intertextuality, ensemble acting, controversial themes, dark humor, and unflinching examinations of American lifeThe Sopranos has had few equals. Offering a definitive final assessment of the series, The Essential Sopranos Reader aims to comprehensively examine the show's themes and enduring cultural significance. Gender and ethnicity, the role of dreams, the rebirth of HBO, the series' controversial finale, and other topics come under scrutiny in this highly accessible, engaging collection. The book concludes with an interview with Dominic Chianese, who played Uncle Junior in all six seasons of the show.