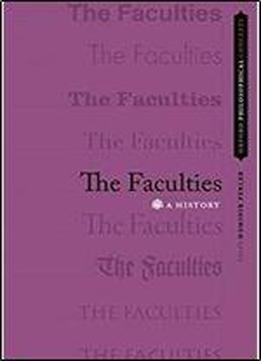 It seems quite natural to explain the activities of human and non-human animals by referring to their special faculties. Thus, we say that dogs can smell things in their environment because they have perceptual faculties, or that human beings can think because they have rational faculties. But what are faculties? In what sense are they responsible for a wide range of activities? How can they be individuated? How are they interrelated? And why are different types of faculties assigned to different types of living beings? The six chapters in this book discuss these questions, covering a wide period from Plato up to contemporary debates about faculties as modules of the mind. They show that faculties were referred to in different theoretical contexts, but analyzed in radically different ways. Some philosophers, especially Aristotelians, made them the cornerstone of their biological and psychological theories, taking them to be basic powers of living beings. Others took them to be inner causes that literally produce activities, while still others provided a purely functional explanation. The chapters focus on various models, taking into account Greek, Arabic, Latin, French, German and Anglo-American debates. They analyze the role assigned to faculties in metaphysics, philosophy of mind and epistemology, but also the attack that was often launched against the assumption that faculties are hidden yet real features of living beings. The short "Reflections" inserted between the chapters make clear that faculties were also widely discussed in literature, science and medicine.